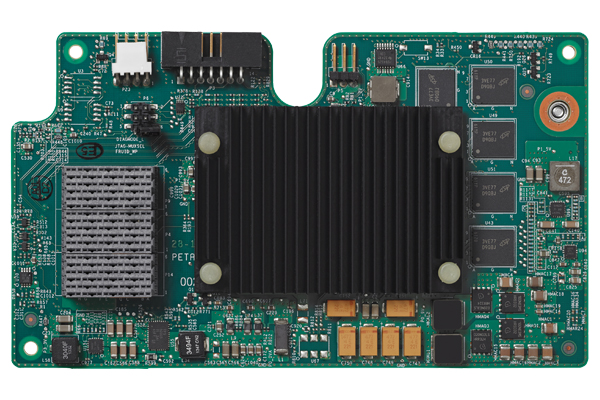 The capability to define, create, and use interfaces on demand provides a stateless and agile server infrastructure. The personality of the card is determined dynamically at boot time using the service profile associated with the server. The service profile is used to determine the number of PCIe interfaces, their type (vNIC or vHBA), identity (MAC address) and World Wide Name (WWN), failover policy, bandwidth, and quality-of-service (QoS).

The hardware classification engine provides support for advanced data center requirements. These include:

VXLAN enables overlay networks for virtual machines (VMs), allowing them to communicate or move between hosts within or between your data centers. It encapsulates Layer 2 frames within Layer 3 UDP packets, making the entire infrastructure appear as a local Layer 2 network.

RoCE is a high bandwidth, low-latency protocol that has lower CPU utilization than traditional TCP/IP. It is targeted for HPC and Microsoft’s SMB Direct (Windows Server 2012/R2) environments.

Virtual Machine Queue is a hardware virtualization technology for the efficient transfer of network traffic to a virtualized host OS. It uses DMA to transfer all incoming frames that should be routed to a receive queue to the receive buffers that are allocated for that queue.

DPDK is designed for fast-packet processing on Intel® Xeon® processors. It is a set of software libraries that improves packet processing performance for the most demanding applications commonly found in telco and service provider networks.